There’s nothing quite like a winter break to help you feel relaxed before the madness of Christmas rolls around, but if you’re looking for something a little out of the ordinary, you might be struggling for inspiration. We’ve rounded up 8 of our favourite locations, all with something different to offer. Enjoy! 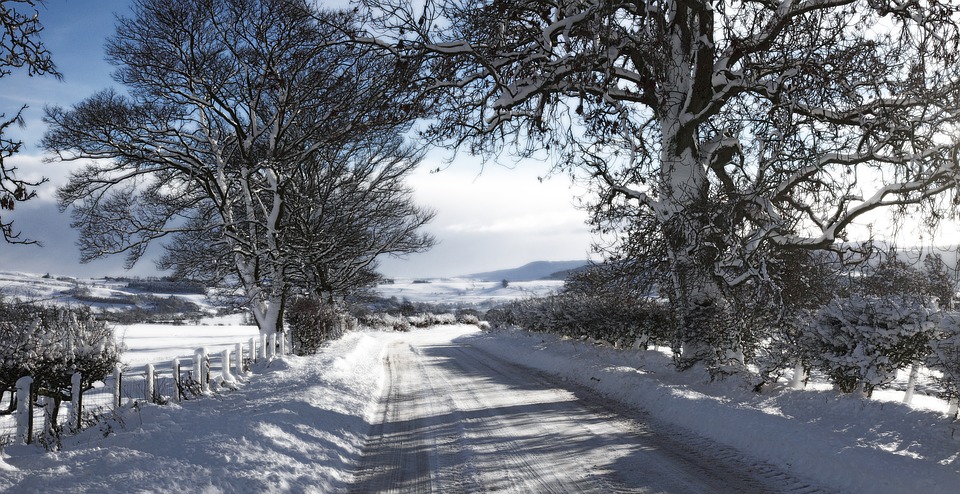 For a dose of history: Shrewsbury, Shropshire

The birthplace of Charles Darwin plays host to more than 650 listed buildings, many of them from the Tudor or Jacobean eras, as well as a Medieval castle. Don’t be fooled by its historic charm though, as there are plenty of modern and quirky events to keep you busy during a weekend visit.

Shrewsbury Winterfest takes place on the second weekend of December, where you’ll find carols, festive crafts and plenty of food and drink. There’s a surprisingly diverse culinary selection, from Asian-inspired to comfort food, and the main road can cater to all your shopping needs, with lots of independent stores to peruse at your leisure.

You’re in for a treat if there’s snowfall when you’re in the area, as Wells looks like something straight off of a postcard. Delightfully decorated to get you right into the Christmas spirit, the most compact city in the UK is perfect to spend time with your loved ones and remember what Christmas is really about.

There’s a variety of events occurring throughout the winter months, including a Christmas market which only launched last year, as well as festive workshops taking place at the moated Bishop’s Palace and Gardens. If keeping active is your bag, a wander through the perfectly preserved medieval streets, up Tor Hill or along East Mendip Way should keep your occupied, and there are plenty of shops along the high street to exercise your bank balance too.

Many people forget that at one-time Blackpool was a key destination for families in Britain, but it still deserves a spot in a weekend line up. The town is bustling with tonnes to do and see, as well as a huge selection of places to stay and eat. From September onwards, the Illuminations will be out in full force, attracting visitors from all over the world.

The best view in the house has to be Bar380, a relatively new bar situated at the top of The Blackpool Tower. During the day, there’s lots to keep the kids occupied, including The Blackpool Tower Ballroom, Jungle Jim’s and The Blackpool Tower Dungeon. If the weather isn’t too bad, a winter stroll along the beach or the pier with fish and chips in hand is just the thing to remind you of a proper British getaway.

The success of Game of Thrones means there are bound to be some fans among us, and you can fanboy/girl to your heart’s content in Northern Ireland. Dark Hedges was used as a filming location for the Kingsroad, but also looks particularly stunning in winter time.

Traffic was recently banned from the road in order to protect the trees, but pedestrians should have no problem visiting the interesting site. Around the area you’ll find the small town of Ballymoney, which had a population of only 10,393 in the 2011 census.

If reading this has you reminiscing about the winding roads and dark alleys in Game of Thrones, maybe you could begin your binge watch session before you start planning your trip. You might want to look at the best vpn for torrenting or streaming website if you want to download it through torrent or stream it on your favourite OTT platform.

To feel like you’re in the Mediterranean: Portmeirion, Wales

The Mediterranean…in Wales?! No, you didn’t read incorrectly – the technicolour village of Portmeirion in northwest Wales is unlike anywhere else in the UK. The idyllic village was the brainchild of 1920s architect Clough Williams-Ellis, and features Mediterranean architecture and subtropical gardens.

It’s generally known as a strangely warm place during the winter months and while full of with visitors during the summer months, it’s much less populated from September onwards.

To see the Northern Lights: The Shetland Islands

Shetland is the best place to have a chance of catching the aurora borealis in the UK, as it’s closer to the North Pole than anywhere else in the country. Of course, the phenomenon is notoriously difficult to predict so you can never guarantee a showing, but there’s enough rugged scenery and friendly inhabitants to keep you occupied.

With galleries set in old mills, a true mix of Scandinavian and Scottish cuisine and many a hill to knacker yourself out on, Shetland will leave you feeling refreshed and invigorated.

For a walk on the wild side: Near Humphrey Head, Cumbria

Humphrey Head is famous for being the place that the last wolf was killed in England, in 1930. Now though, wolves (well, hybrids) Maska and Kajika are more than welcome, and make up the Predator Experience’s offering for a once in a lifetime brush with the wild. If walking with wolves isn’t your cup of tea, the organisation also hosts hawks, eagles, foxes and falcons – it’s the perfect day out for the wildlife lover in your life.

Humphrey Head itself is a limestone promontory with epic views over Morecambe Bay, with an interesting mix of flora, fauna and geological exposures. It’s also brilliant for bird-watching, and generally just getting back to nature.

To truly switch off: Abergavenny, Monmouthshire

The market town of Abergavenny is the perfect place to shut off from the world for a weekend, and is easy to get to via road or rail. Everywhere’s within walking distance once you’ve arrived, including the castle ruins, museum and hills.

As well as an assortment of culinary delights, the Abergavenny Food Festival is held for one day in December, where locals showcase their creations and provide workshops, plus a musical procession, light parade after dark and carol singing. If you want something really out of the ordinary, you can take a trip to the Abergavenny baker, and learn to bake!